Although the vast majority (over 90%) of our nation’s 18.6 million Hispanic children are U.S.-born, they have diverse countries of heritage—from all across Latin America and from Spain. Almost 66 percent of Hispanic children (12.2 million) have family origins1 in Mexico, with an additional 9 percent (1.8 million) who have origins in Puerto Rico, nearly 4 percent (695,000) who have origins in El Salvador, and roughly 3 percent with origins in each of the following countries: Dominican Republic (584,000), Guatemala (547,000), and Cuba (481,000). These findings draw from the 2019 American Community Survey (ACS), which provides the most recent publicly available data on Hispanic children’s country of heritage.2

When we look at Latino children’s heritages by region, we find that—in addition to the 66 percent (or 12.2 million) of Latino children whose family origins are in North America (in this case, we are only including Mexico)—15 percent (2.8 million) have family origins in the Caribbean, 10 percent (1.8 million) have origins in Central America, 5 percent (903,000) in South America, and 1 percent (199,000) in Europe (specifically, Spain). 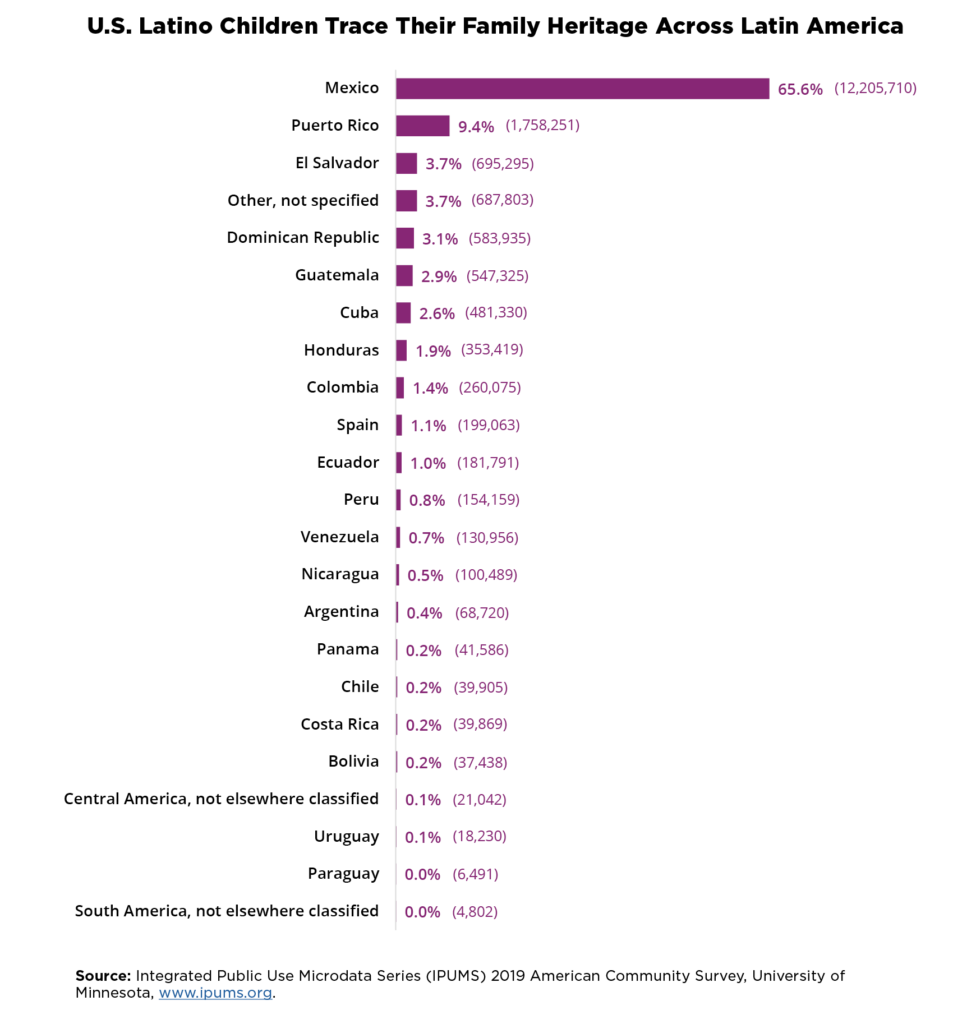 1 Data on children’s country of heritage were collected from the responding adult household member in the 2019 American Community Survey. In most, but not all, cases, the responding household member was the parent of the child. Respondents were instructed to select one country of heritage per person in the household. As such, data are not available at the child level on multiple countries of heritage, such as Mexico and El Salvador or Mexico and Scotland.

2 Data from the 2020 Census on children’s country of heritage were not available at the time of publication.

3 For children residing in single-parent households, only the country of heritage of the resident parent is reported.